Skip to content
If you have any doubt related to the composition and structure of atmosphere, you must read this article till end because it will clear your basic doubt related to Earth’s Atmosphere. 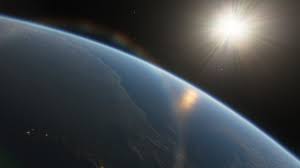 Three quarters of the atmosphere’s mass is within 11 km of the planetary surface. The atmosphere is one of the most important components of the environment on the earth.

WHAT IS ATMOSPHERE OF EARTH ?

Earth’s atmosphere is a layer of gases surrounding the planet Earth and retained by the Earth’s gravity. There is no definite boundary between the atmosphere and outer space. It slowly becomes thinner and fades into space.
The atmosphere is not only the largest source of oxygen, it also protects the earth from the harmful ultraviolet radiation from the sun. Role of atmosphere in maintaining temperature on the earth within a tolerable range is equally important.

Plant life on earth would also not have been possible without atmosphere. It is the source of important plant nutrients such as nitrogen and carbon dioxide.

Atmosphere plays a vital role in the circulation of water also. Lets discuss about the composition and structure of atmosphere.

COMPOSITION OF THE ATMOSPHERE

As stated above, atmosphere is an envelope of air around the earth. The air is a mixture of a number of gases. Composition of air varies slightly from one place to the other and also with varying height in the atmosphere.

However, the composition of pure dry air near the ground is fairly constant. These two gases together constitute about 99% of the volume air.

The remaining volume of air is accounted for a number of gases including argon, carbon dioxide, helium, hydrogen and ozone etc.

Among these gases found in small proportions, argon Is the most abundant which forms about 0.9% of the volume of air. The proportion of these gases is fairly constant in the lower layers.

The important variable components include water vapour and particles of dust, smoke, salt and pollen grains etc. On an average water vapour constitutes only about 0.2 per cent of the volume of air.

Water vapour content of air is highest over oceans in summer season while over deserts in winter season it is lowest. Dust particles are most abundant over sandy regions.

Smoke particles more numerous over industrial areas where fossil fuels like coal and oil are burnt in large amounts.

The proportion of carbon dioxide also varies Is is generally higher in middle latitudes in spring season and also over industrial regions.

Read about the Sociological Aspects of Physical Education.

IMPORTANCE OF VARIOUS COMPONENTS OF ATMOSPHERE

Various components of the atmosphere affect life on the earth in different ways.

1. Oxygen is necessary for breathing, burning and decomposition of organic matter. It also combines with various elements of the environment causing chemical changes through the process of oxidation.

2. Nitrogen in combination with a number of elements produces plant nutrients and thus makes many organic processes possible. It is used for making chemical fertilizers. Nitrogen also keeps temperatures lower and retards combustion.

3. Carbon dioxide is necessary for the production of organic matter by plants through the process of photosynthesis. It also absorbs the heat radiated from the earth and keeps lower layers of atmosphere warm.

These particles scatter the energy coming from the sun. Some of the particles are water absorbing in character. They serve as condensation nuclei which are necessary for the process of condensation of moisture present in the atmosphere.

Thus even the seemingly insignificant components of the atmosphere play important roles in weather phenomena.

Also Read
Earth’s rotation speed slowing: Know reasons of speed change
Describe the Mechanism and the Factors affecting Photosynthesis.
Why is the earth called a unique planet in the solar system ?


STRUCTURE OF THE ATMOSPHERE 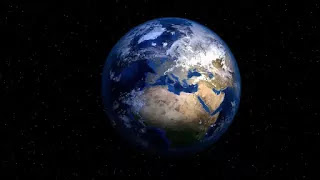 Of the total mass of the atmosphere, about 99% is found within a height of 30 kilometres from the surface.

On the basis of its varying composition with increasing height the atmosphere can be divided into a number of layers.

A brief description of the important layers of the atmosphere is given in the following sections. It was all about the structure of atmosphere.

Practically the entire water vapour, all particulate matter and most of the carbon dioxide are contained in this part. Most of the weather phenomena are infact confined to troposphere.

Temperature in this layer falls at a rate of 1°C per 165 metres (6.4° C per km) with increasing height. This fall in temperature is called the normal lapse rate.

This layer extends above the tropopause. The most important characteristic of this layer is the uniformity in the horizontal distribution of temperature.

This layer has no water vapour and dust particles. Air turbulence and clouds are absent and due to the absence of weather disturbances this layer is considered ideal for flying jet aircraft.

This layer contains most of the atmospheric ozone that absorbs the ultraviolet radiation coming from the sun. Due to this the temperature rises with increasing height.

This layer extends upto about 80 km above the surface. The density of atmosphere here is very low. As in the case of troposphere, temperature decreases with increasing height in this layer.

It falls to about -100°C at the mesopause which is the upper limit of the mesosphere.

Thermosphere is divided into two layers:

(i) Ionosphere : This layer is located above the mesosphere and extends upto about 600 km above the surface. This layer derives its name from the electrically charged particles, called ions’, found here.

Ionosphere reflects the radio waves back to the earth thereby making radio communications possible. The ions present in this layer absorb solar radiation leading to an increase in temperature with the increasing height here.

(ii) Exosphere : This is the topmost layer of the earth’s atmosphere. Here the atmosphere is in a highly rarefied form and the atmospheric pressure is extremely low.

The normal gas laws cease to apply at this height. The upper limit of exosphere is uncertain as this layer acts as a transitional zone between the earth’s atmosphere and the inter-planetary space.

Solar radiation is the basic source of heat and light for the earth.

1. Insolation : The incoming solar radiation is called insolation. Insolation is in the form of short-waves. As the insolation enters the atmospheres, a part of it is reflected, another part is absorbed and the remaining reaches the earth’s surface.

Out of this, water vapours and gases absorb 34 units of energy and rest 17 units are radiated back to space.

You may READ these articles :
Cause of Pollution & its Impact
Advantage of Personal Cleanliness

THE OZONE LAYER, THE GREENHOUSE EFFECT AND GLOBAL WARMING

Ozone is an allotrope of oxygen. Ozone is a gas having 3 atoms of oxygen in its molecules Ozone is produced by the action of sunlight on oxygen in the upper layer of atmosphere (16 km from the surface of earth).

The amount of ozone in the atmosphere gradually increases from 16 km until at about 23 km altitude. The ozone layer in the upper atmosphere is of great importance because it absorbs the harmful ultraviolet radiations present in sunlight coming from the sun.

This highly useful ozone layer in the upper atmosphere has been threatened by a wide range of human activities. In the year 1980 an ozone hole was detected.

The ultraviolet rays which were earlier almost completely blocked by the ozone layer can now enter the earth’s lower atmosphere to some extent through this ozone hole.

These ultraviolet rays are very harmful and can cause skin cancer and other harmful diseases.

CAUSES OF DESTRUCTION OF THE OZONE LAYER

These chemicals used in spray cans and as refrigerants, react with the ozone layer and destroy it.

Their reaction produces large quantities of nitrogen oxides which goes into the stratosphere.

(c) Air pollution : Air pollution is also responsible for the depletion of ozone layer. Air pollution due to smog like the London smog, the leakage of a lethal gas from the union carbide factory of Bhopal, the nuclear disaster at Cheranobyl had a very serious effect on the ozone layer.

The heating up of earth’s atmosphere due to trapping of infrared rays (reflected from earth’s surface) by the carbon dioxide layer in the atmosphere is called greenhouse effect.

The blanket of carbon dioxide allows the sunlight to come in freely but does not allow the infrared radiation reflected by the earth’s surface to go out.

The rise in temperature produced by greenhouse effect in earth’s atmosphere depends on the amount of carbon dioxide gas in the atmosphere.

Greenhouse gases trap heat in the Earth’s atmosphere to keep the planet warm enough to sustain life, this process is called the greenhouse effect.

It is a natural process and without these gases, the Earth would be too cold for humans, plants and other creatures to survive.

The natural greenhouse effect maintains the Earth’s temperature at a safe level making it possible for humans and many other lifeforms to exist.

However, since the Industrial Revolution human activities have significantly enhanced the greenhouse effect, causing the Earth’s average temperature to rise by almost 1°C per decade.

This is creating the global warming we see today. Global warming is the current increase în temperature of the Earth’s surface as well as its atmosphere’s.

In the past, when the Earth experienced increases in temperature it was the result of natural causes but today it is being caused by the accumulation of greenhouse gases in the atmosphere produced by human activities like burning of fossil fuels or deforestation.

• Increasing temperatures around the world are making arid and semi-arid areas even more dry than before.

Current research is also showing that the water cycle is changing and rainfall patterns are shifting to make areas that are already dry even drier.

This is causing water shortage and an amount of distress to the over 2.5 million people in dry regions which are degrading into desert. Around the world, snow and ice are melting at a much faster pace.

• Perennial ice cover in the Arctic is melting at a higher rate per decade and the thickness of the Arctic ice has decreased alarmingly.

Since the beginning of the 20th century the rate of sea level rise has roughly tripled due to global warming.

Warmer average temperatures cause ocean waters to expand (thermal expansion) and the accelerated melting of ice and glaciers increase the amount of water in the oceans,

• Global warming has been increasing the intensity of cyclones, hurricanes and typhoons.

• These changes have affected both nature as well as human society and will continue to have increasingly worse effects if greenhouse gas emissions continue to grow at the same pace as today.

In this article, we have discussed about the composition and structure of atmosphere of the earth. The following points are discussed earlier :

Tag : Composition and Structure of Atmosphere