Skip to content
Filling the petrol tank of a motor car is of no use, unless there is a pipeline to carry the petrol from the tank to the engine.
Similarly, digesting food in alimentary canal and absorbing O2 from external environment in respiratory organs shall be of no use to an animal unless the digested nutrients and O2 are transported from these organs to all the body cells where these are actually needed and utilized.
We are going to discuss about composition and function of blood in circulatory system. 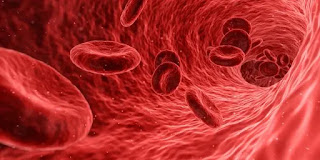 That is why all the higher multicellular animals where there is complete division of labour, possess an extensive pipeline system called circulatory system, for transporting materials between various parts of the body via Circulatory System.

Circulatory System also helps in exchanging materials from the external environment as well as in the elimination of metabolic wastes, All humans have blood, an amazing fluid, circulating in their bodies.

All the parts of the body that help in the transportation of various materials in the body, collectively constitute the circulatory system.

In animals it consists of three major parts :

The extracellular fluid that forms the transport medium is of three principal types :

(i) Blood : The remarkable red coloured fluid that keeps on circulating through the heart and various blood vessels (arteries, veins and capillaries).

(ii) Tissue fluid : Colourless fluid occupying spaces between various cells in the organs. As the blood flows in the capillaries of tissues, the plasma and WBCS move out through their walls. This fluid bathes the cells and is called as tissue fluid. The cells absorb oxygen from this fluid and gives out CO2 and wastes back into it.

(iii) Lymph: It is a faint yellow coloured fluid that is contained in the lymph vessels and lymphatic organs (like spleen and tonsils). Most of the tissue fluid enters these minute channels (lymph vessels) where it is called lymph.

The lymph vessels on the way bear lymph nodes. Various lymph vessels unite to form two lymphatic trenks. They pour lymph into the nearby veins which open into the right auricle.

Lymph is again in general circulation. Lymph consists of only WBCS (mostly lymphocytes). No blood platelets are present in them. RBCS are also absent hence not red in colour.

In Circulatory System, Lymph supplies oxygen (dissolved in plasma) and nutrition to those parts where blood cannot reach. Lymphocytes and monocytes of the lymph defend our body by removing bacteria from the tissues.

These three principal fluids are intercon- vertible. There is a relationship between the blood, lymph and tissue fluids as they circulate through their respective vessels and interstitial spaces.

Blood is bright red (when oxygenated) and dark red (when deoxygenated) coloured fluid. It forms about 8 – 10 % of the body weight of a vertebrate.

It is saltish in taste, slightly alkaline (pH 7.4) in nature, heavier than water and viscous sticky fluid. It is the most important part of Circulatory System.

It always keeps on circulating through blood vessels. The heart pumps blood into arteries that carry it to various organs. After exchange of various materials with the organs it is returned back to the heart through veins. Blood is required by every body organs and systems.

Digestive system digests and absorbs nutrients which get transported to every body cell through blood. Oxygen absorbed from the lungs is carried to all parts of body by blood, and on the other hand, carbon dioxide collected from entire body has to be carried to lungs for giving it out.

Excretory products are also transported by blood to kidneys for filtration and urine formation. Hormones are circulated to whole body through blood.

It is the liquid portion of the blood. It is slightly yellow coloured and alkaline. It forms 50 60% of the total blood, It is sticky and slightly heavier than water. 90 – 92% of plasma is made-up of water, 7-8% proteins, 1% inorganic salts and other substances in traces.

Formed (cellular) elements are shaped structures visible under the microscope as cells and cell-like structures present in the blood. They form 42 – 45% of blood.

It was all about Circulatory System.