In every living cell, more than 5000 types of chemical reactions take place at any time. To carry out these chemical reactions physical activities and other functions of living cells; energy is required. We are going to discuss that what are the effects of exercises on Respiratory System. 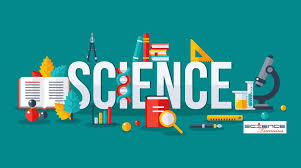 The source of energy in cells is the organic molecule (glucose). Glucose is oxidized in every cell to release energy in the form of ATP. For this oxidation process of ATP.

Oxygen is required which comes into the body through respiration. By this process energy is released. It also causes carbon dioxide and water which is removed out of body by the process of breathing.

This chapter will help us to understand the respiratory process in a better way. This chapter will also give us knowledge to improve the efficieney of respiration by the various types of exercises.

Oxygen is an important component on which our life depends. It is essential to every cell and tissue in the body. It helps to provide energy necessary for life.

Oxygen is brought into the body when we inhale and its bi-products are given out when we exhale. Respiration is the process in which exchange of gases takes place in the body, i.e., interchange of gases (oxygen fuses with blood and carbon dioxide diffuses from blood).

(a) Internal Respriation or Tissue Respiration : This process of respiration takes place in tissues and cells. In respiration oxygenated blood reaches the tissues, where oxygen gets used up during energy production.

This metabolic reaction produces carbon dioxide which is carried away by the blood to the lungs for purification through external respiration. This process of energy release is known as oxidation. It also releases carbon dioxide e water.

(b) External Respiration or Breathing : This respiration process takes place in lungs with the help of alveoli (air sacs). In alveoli, the carbon dioxide diffuses from blood and oxygen fuses with blood.

The lungs are two thin walled elastic sacs in the thorax. This is an airtight cavity enclosed by the ribs from the sides and the diaphragm below. Any change in the thorax affects the volume of the lungs.

When we breathe in (inspiration/inhale), muscles across the ribs contract, it pulls the ribs upward and sideward. At the same time, the muscles of the diaphragm contract and flatten.

Thus, size of lung increases and there is an increase in the volume. Due to this, low pressure develops in the lungs, so air is sucked inside through the nose and mouth.

Breathing out (expiration/exhale) occurs when the muscles of the diaphragm and the ribs relax. By this, the space is reduced and there is decrease in volume, thus high pressure develops in the lungs so air is pushed out.

When the body is at rest, the movements of the diaphragm alone are sufficient to fill and empty the lungs for breathing. During rest we breathe approximately 16 times in a minute.

We inhale about 500 mL to 3000 mL of air in each breath. If there is increase of carbon dioxide in the blood, the rate of breathing is increased.

The carbon dioxide concentration will rise whenever the body is engaged in physical activity. The rate of breathing can increase up to 50 times a minute. The age factor and level of fitness decide the efficiency of respiratory system.

It is the normal amount of air exhaled in a single breath. It is approximately 500 mL in a normal adult.

Tidal-volume is long volume representing the normal volume of air displaced between normal inhalation and exhalation. When extra effort is not applied in healthy adult, the Tidal-Volume is approximately 500 mL.

A person’s Vital-capacity can be measured by a wet or regular spirometer. In other words, vital capacity is the greatest volume of air that can be expelled from the lungs after taking the deepest possible breath.

A normal adult has vital capacity between 3 to 5 litre. Vital Capacity depends on age, sex, height, mass and ethnicity.

When we do a strenuous exercise, after some time we feel suffocation or breathlessness and we want to stop the exercise. But if exercise is continued for some more time (keeping control over mind) then breathlessness is removed automatically and we feel a sense of relief.

This phenomenon is known as “Second-Wind.” When a person’s ability to breath freely during exereise, after having been out of breath.

According to Edward L. Fox. “Second-wind is a sudden transition from an ill-defined feeling of distress of fatigue, during early portions of prolonged exercise to a more comfortabl less stressful feeling, later in exercise.”

According to Sweigard, “Second-wind is a physiological adjustment of the curt respiratory system to the increased demands for oxygen and the elimination of the oxidation products.”

Causes : The cause of second-wind is the time taken by the body to adjust according te increased demand of faster activity. As previously, body was adjusted to low demands of sloe activity and suddenly, the body systems cannot match to the faster activity with higher needs.

Symptoms : Symptoms of second-wind are faster breathing: signs of worry and tension appear on the face; physical capability seems to diminish; headache; suffocation in the s appears; pain in muscles; tendency to stop the activity; conditions of giddiness appear, etc.

When we perform any activity, we need energy. For energy production, we require oxygen for oxidation.

But when we perform anaerobic activity then emergency stores of oxygen in our tissues (in mitochondria) are used up to provide immediate energy.

This is to refill the oxygen stores (in mitochondria) which were used up during anaerobic activity as well as to remove lactic acid from muscles. An aerobic respiration produces an Oxygen Debt.

This is the amount of oxygen needed to oxidise lactic acid to carbon dioxide and water. The existence of an oxygen debt explains why we continue to breath deeply and quickly for a while after exercise.

According to Edward L. Fox : “Oxygen-debt is defined as the amount of oxygen consumed during recovery from exercise, above the amount that ordinarily would have been consumed at rest in the same time period. )

It is temporary inability of muscles to perform efficiently or it is the inability to continue work. It is actually tiredness.

If we go on doing work (mental or physical), the rate of performing work gradually decreases after sometime; this fall in work capacity is due to fatigue.

Symptoms : Symptoms of fatigue are loss of mental concentration; desire to stop the activity immediately; loss of interest in the activity; reduction in neuromuscular co-ordination; increase in number of mistakes; development of irritability, etc.

EFFECTS OF EXERCISE ON RESPIRATORY SYSTEM

The effects of exercises on Respiratory System are given below :