Skip to content
Growth is one of the most fundamental characteristics of all living organisms. We are going to discuss about Plant Hormones : Auxins, Gibberellins, Cytokinins, Ethylene and Abscisic Acid. 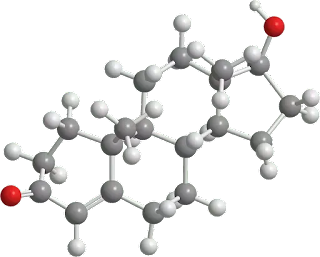 It is the net result of various processes that together cause an irreversible permanent increase in the size of an organism or its parts. In plants, growth take place by cell division and cell enlargement.

The first step in the process of plant growth is seed germination, which needs favourable conditions for growth in the environment.

Role of meristems in growth :

Meristems are divided into two main categories :
1. Apical or Terminal meristems : These are located near the tips of roots and stems and also the growing young leaves, near the tips of stems as well on the tips of axillary buds. As a result of the activity of these meristems plant increases in length.

2. Cambium or Lateral meristems: These are situated below the bark and is responsible for increase in the diameter of the stem.

The condition necessary for growth are similar to that of synthesis of protoplasm and cell division. The supply of nutrients, water, oxygen, suitable temperature and light are necessary for proper growth. The force of gravity and light also determines the direction of root and shoot growth.

It is an established fact that plants produce some specific chemical substances, which are capable of moving from one organ to the other, so as to produce their effect on growth.

These substances, which are active in very small amounts are called Plant hormones (or Phytohormones).

The plant hormones are organic substances which are produced in any part of the plant and is transferred or migrated to another part where it influences a specific physiological process, leading to promotion, inhibition and modification of growth.

Based on their functions in a living plant body, plant growth regulators can be broadly divided into two groups: Growth promoters and growth inhibitors.

Some of these chemicals simulate plant growth while some others retard the rate of growth of plants. The growth promoters are : Auxins, Gibberellins, Cytokinins. The growth inhibitors are : Abscisic acid and Ethylene.

In last 60 years, a large number of growth regulators have been isolated from plants and their action was studied. The first indication of its exitance was given by Darwin (1880), who was studying the bending of the coleoptile of a Canary grass towards light.

He found that light falling on the tip of grass coleoptile causes some influence. This influence (plant hormones) is transmitted downward and causes the coleoptile to bend towards light.

Darwin also demonstrated that when the coleoptile tip was removed it did not bend when exposed to light. The phototropic response did not occur.

He demonstrated that insertion of mica plate on the shaded side of the coleoptile tip, prevented the bending of the tip towards light.

When the mica sheet was inserted towards illuminated side the coleoptile tip bent towards light in the usual way. Thus, it was concluded that a substance (plant hormones called auxins) migrates down the dark side promoting growth curvature towards light.

The plant hormones regulate many functions in plants. The various functions are as follow :

Some of the plant hormones and their physiological effects are as follow:

Auxins (Gk. Auxein : to grow) isolated initially from the urine of humans suffering from Pellagra, whose role in humans is not known, were the first plant hormones to be discovered.

Auxins are the first group of plant hormones which are produced from the root and shoot-tips of the plant body, from where they migrate to the region of their action. They were first discovered by the Dutch Botanist FW Went (1928) while experimenting on oat plant (Avena sativa).

Auxins are of following two types :

A. Natural auxins: These plant hormones have been isolated from plants where they occur naturally. The best known examples of natural auxins are Indole acetic acid (IAA) and Indole butyric acid (IBA).

Physiological effects of auxins on plants:

Auxins control several kinds of plant growth processes. These are as follow :

Gibberellins were first isolated from the fungus Gibberella fujikuroi, the causal organism of foolish seedling or bakanae disease of rice.

It wan first reported in Japan by E Kurosawa (1926), Presently more than 100 gibberellins have been identified. Unlike auxins, they enhance the longitudinal growth of stem when applied to the plants. Gibberellins are acidic in nature.

Physiological effects of Gibberellins on plants :

Cytokinins are the plants hormones which promote cytokinesis in cells of various plant origins and prevent ageing in tissues. They have little or no effect on growth.

They are synthesized in the endosperm of the seeds and roots of the plants. Overbeek, a botanist  reported the presence of cytokinins in coconut milk.

Miller isolated and identified a cytokinins from endosperm of corn and called it zeatin. It was about Cytokinins Plant Hormones.

Physiological effects of Cytokinins on plants:

Ethylene is a simple gaseous plant hormones which stimulates transverse growth. This growth regulator is produced in the cells of higher plants, especially those under stress.

It is produced by fruits, flowers, seeds, leaves and roots. Its importance in growth of plants was first shown by Neljubov in 1901. Galston and Davies (1970) recognized it as a growth regulator.

Physiological effects of Ethylene on plants:

Abscisic acid is a natural growth inhibitor which retards growth. It has been isolated from several parts of higher plants. It is synthesized in leaves from where it is transported to other narts through phloem. In most situations it acts as an antagonist to gibberellins.