Skip to content
It is a matter of common observation that all the individuals belonging to one species are alike. Humans resemble one another and so do the dogs, cats, tigers, mango plants, wheat or pea.

This is natural because every living organism in this universe maintains its continuity by producing progeny similar to them by the process of reproduction. 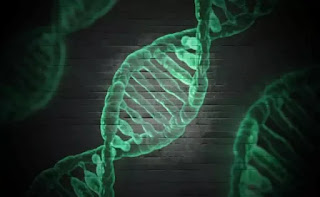 Whenever a child is born, the family members usually start comparing the child’s appearance as to whom he/she resembles more – Father or Mother. However, offsprings show some variations or differences from their parents and also among themselves so that each one of them has its own identity.

Have you seen any two human beings exactly alike except the identical twins? These differences between the young ones of the parents or various individuals belonging to one species are called variations.

The term ‘genetics‘ was used for the first time by W. Bateson in 1905. Genetics is the study of transmission of body features (both similarities and differences) from parents to offspring and the laws relating to such transmission. Gregor Johann Mendel (1822-1884) is very – appropriately known as the “father of genetics.”

In aspect, heredity is the “like begets like” in its immediate phenomenon of successive acts of reproduction.

Heredity is a process by which transmission of genetically based characteristics are transmitted from parents to offspring.

These differences found between the young ones of same parents or various individuals belonging to one species are called variations.

These variations are very small between the various members of one family, more between various families of one population and are very pronounced between different races or tribes of one species that inhabit distant areas.

It means whatever traits or characters are transmitted from the parents to the progeny, are physically carried by way of gametes.

Mendel’s Laws are the most acceptable theories which explains the mechanism of heredity. This theory was postulated by Gregor Johann Mendel (1822 – 1884). He was an Austrian monk.

He had great interest in hybridization in plants. He noticed certain contrasting characters in the garden sweet pea (Pisum sativum) plant in the garden of the church.

He performed certain experiments of hybridization for about 7 years. He maintained a proper record of his results and then made certain generalizations and put forward certain laws of inheritance in 1866.

Why Mendel selected pea plant for his experiments ?

Mendel had selected garden pea plant for the following
1. Many varieties were available having contrasting traits
2. Varietles were available in pure forms that bred true, i.e. produced the same type generation after generation. reasons
3. Peas are normally sell-pollinated because pea flower is bisexual.
4. Self-pollination could be prevented by removing corresponding reproductive parts of the flower.
5. Cross-pollination couid be done artificially because the size of the flower is very convenient.
6. Reproductive span of pea plant is very small and two crops can be produced in one year.
Mendel took different varieties of this plant showing seven pairs of contrasting characters.

Mendel after a tireless and ceaseless experimentation on sweet pea (Pisum sativum) plant made certain observations and postulated the following three  Mendel’s Laws:

Mendel’s Law of Dominance states that in heterozygous (hybrid) condition, out of the two contrasting alleles, one expresses itself morphologically and the other remains unexpressed.

The factor or allele which expresses itself phenotypically in the presence of its contrasting allele is called dominant and the other which remains unexpressed is called recessive. e.g., when a pure tall plant is crossed with a dwarf plant, the whole of the progeny produced is Tall.

Mendel’s Law of Segregation states that the two factors or genes controlling one character separate or segregate without blending or influencing each other during the formation of gametes so that each gamete receives one factor or gene for each character. It means gametes are always pure, hence, it is also known as law of purity of gametes together with Mendel’s Law of Segregation. 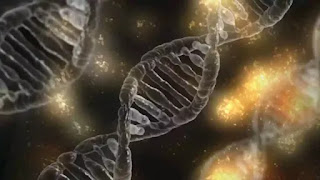 Explanation : In Mendel’s Law of Segregation, Mendel postulated this law based upon his monohybrid crosses. For example, he crossed a pure breeding tall plant with a dwarf plant.

In other monohybrid crosses for different contrasting characters the results are same.

From the above F, generation which is produced on selfing of F, generation, it is clear that 25% progeny is dwarf. These dwarf plants are possible from the F, tall plants only if ;

Mendel’s Law of Independent Assortment takes place when there are two or more pairs of contrasting character.

Explanation : Mendel explained this law on the basis of his dihybrid crosses. In such cases Mendel considered the inheritance of two different characters simultaneously.

He took two pure breeding plants, one having round and yellow (RRYY) seeds and the other wrinkled and green (rryy) seeds. On cross-pollination F1 generation was raised in which all the plants produced had round and yellow seeds.

The human species has 23 pairs of chromosomes. Each of the chromosome pairs numbered 1-22 have identical chromosomes and these are categorized as autosomes.

During fertilisation there are equal chances that an ovum with X-chromosome of cell will be fertilised by an X bearing sperm or Y bearing sperm.

It is the appearance of a trait which is due to the presence of an allele exclusively either on the X chromosome or on the Y chromosome. X-linked inheritance-Genes of certain characters are present on the X-chromosomes but their alleles are absent on the Y-chromosome.

That is why, they pass on from offspring alongwith the to parents X-chromosome.

For example : Certain inherited defects, such as, colour blindness (inability to distinguish between certain colours especially red and green) and haemophilia (bleeders disease) (blood lacks clotting factor) are far more common in males than in females.

Both the defects named above are due to recessive genes and both genes occur on the X-chromosomes.

The female with two X-chromosomes is unlikely to suffer from colour- blindness or from haemophilia because both the X-chromosomes may not carry the abnormal gene.

The gene which may be abnormal on one X-chromosome being recessive, its influence will be hidden by the normal gene on the other X-chromosome.

The male with only one X-chromosome has only one gene for colour blindness or clotting factor. If that is the abnormal gene, then there is nothing on the Y-chromosome to mask it and colour-blindness or haemophilia results.

(a) Colour blind Male ( XcY) married with a woman with a normal vision (XX). Then all the daughters of such a couple will be carriers of the defect. All the son will have normal colour vision.

(b) Male with a normal colour vision (XY) married with a colourblind female (XcXc). Then all the son will be colour blind but, all the daughter will have normal vision but carriers.

A mutation is a sudden change in one or more genes. It alters the hereditary material of an organism’s cells, thereby causing changes in certain traits.

For example:
(i) A gene mutation is caused by slight chemical changes in DNA. Sickle cell anemia is blood disease caused by a gene mutation. The mutation causes minor change in the DNA of a gene that controls the production of a person’s red blood cells.
(ii) A chromosome mutation occurs if the number or arrangements of chromosome changes. Downs’s syndrome also called Mongolism, is a mental and physical disorder which occurs if a person is born with one extra 21st chromosome i.e., 47 chromosomes.

For example, a cross between normal carrier mother of the disease haemophilia and a normal father gives a son, he may suffer from haemophilia (mother to son).

In other case if a normal carrier mother of the disease haemophilia and a haemophilic father is crossed and a daughter is produced, she may suffer from haemophilia (father to daughter). This is known as criss-cross inheritance.

Tropic Movements in Plants and its types Detail Explaination