Skip to content
“Nothing survives forever, still life continues in this universe.” It is because of reproduction which is the most fundamental feature of all the living functions. The living organisms reproduce at the molecular, cellular and organismie levels. 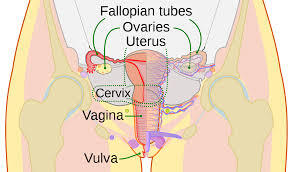 Reproduction : It is defined as the production of new individuals by sexual or asexual means, which can produce their own kind for the continuity and multiplication of their race by the living organisms. All the body organs that help an animal to bring about reproduction collectively constitute its reproductive system.

There are two modes of reproduction :
(A) Asexual and (B) Sexual

The zygote later develops into a new offspring. The male gonads and female gonads are found usually in different individuals. Such animals are called unisexual and the sexual reproduction is biparental. But, in few animals, such as, earthworm all the individuals have both the testes as well as ovaries. Such animals are called bisexual or hermaphrodite and the reproduction may be uniparental.

The phenomenon in which the male and female individuals of unisexual animals can be distinguished externally is called sexual dimorphism. Such externally visible charac- teristics which are restricted in a particular sex are called secondary sexual characters, such as, beard, moustaches, deep voice, narrow hips and chest in man and bulky hips, breasts, etc. in woman.

Human beings reproduce by sexual mode only. Human beings are unisexual and exhibit sexual dimorphism. Either a person has testes, its accessory ducts and glands (male) or ovaries and its associated parts (female) that help in reproduction.

Testes are a pair of oval organs. They are housed in a thin pouch of skin called scrotum (scrotal sac) in man. Each testis is about 4.5 cm long, 2.5 cm wide and 3 cm in thickness and weighs about 10–15 g. During development they are present in the abdomen below the kidneys upto 7th month. Later on they descend into the scrotum through inguinal canal.

Tearing of inguinal tissue by any means result in the bulging out of a loop of intestine (due to abdominal pressure) into the scrotum. This is known as inguinal hernia. If the testes fail to descend down into the scrotum, they get degenerated and cause sterility i.e., incapability to produce sperms. In the scrotum temperature is 2-3°C lower than the body temperature.

It is necessary for the maturation of sperms. Each testis is encapsulated in a white fibrous connective tissue layer called tunica albuginea. This capsular wall invaginates dividing the testis into 200-300 small compartments called lobules. In each lobule are present two types of structures which help in reproduction. These are :

These are various types of ducts associated with the male reproductive system. These ducts are meant to carry the sperms produced in the seminiferous tubules, out of the body. The genital ducts include :
(a) a pair of epididymides,
(b) a pair of vasa deferentia,
(c) a pair of ejaculatory ducts and
(d) urethra.

(a) Epididymies : These are a pair of highly coiled, very long, thin tubes, each measuring 6–7 metres in length. The coils of epididymies are so closely set, that it is reduced to an oval structure on the upper and posterior side of the testis. Sperms produced in the seminiferous tubules are poured into the beginning of epididymis. The posterior end of epididymis continues as a sperm duct called vas deferens. In addition to transportation of sperms, the epididymies also help the sperms to attain maturity.

(b) Vasa deferentia : These are a pair of long, thin walled ducts. Each duct is about 45 cm in length. Each sperm duct or va deferens arises from the posterior end of epididymis and moves upwards. It passes out of the scrotum through the inguinal canal. It joins a duct from seminal vesicle of its own side so as to form ejaculatory duct. The walls of vasa deferentia are muscular. Its passage is lubricated by the mucus to facilitate the movement of sperms through them.

(c) Ejaculatory ducts : These are a pair of small (each about 2 cm long) ducts. These are formed one on either side of the urinary bladder by the fusion of vas deferens and a duct from seminal vesicle. They pass through prostate gland and open into urethra.

(d) Urethra : It is a narrow, about 18–20 cm long passage that starts from the base of urinary bladder. It traverses through the prostate gland and penis. It opens at the tip of the penis as urino-genital aperture. It is as common passage for both the urine as well as semen. It is differentiated into the following four parts :

These are glands associated with the reproductive system of man. These secrete certain secretions that serve to nourish, transport and mature the sperms. These glands are :
(a) A pair of seminal vesicles,
(b) Prostate gland
(c) A pair of Cowper’s glands.

(a) Seminal vesicles : These are a pair of elongated and convoluted tubular structures. They are present behind the narrow lower part of urinary bladder one on either side. The seminal vesicles secrete an alkaline fluid. It is mixed with the sperms to form spermatic fluid or semen. The fluid of seminal vesicles provides :

(b) Prostate gland : It is situated inferior to bladder encircling urethra. It is of the shape and size of a chestnut. Its function is to secrete a thin milky alkaline fluid that increases the motility of sperms. Probably the alkaline prostatic fluid neutralizes the acidity of vaginal secretions. It increases the fertility and motility of spermatozoa or sperms. It also neutralizes acid in female vagina.

(c) Bulbourethral glands (Cowper’s glands) : These are two small bodies about the size of peas. They are situated one on either side of urethra, a little inferior to the prostate gland. They secrete an alkaline mucus fluid which is added to the semen. It helps in lubrication as well as neutralizing the acidity of male urethra.

These organs help in sexual activities. These include : (a) scrotum and (b) penis.

(a) Scrotum : It is a thin pouch of skin that houses the testes. The scrotum supports the testes. It maintains temperature 2-3°C lower than the body temperature. Low temperature is necessary for the maturation of sperms.

(b) Penis : The penis is an erectile, intromittent organ. It is hanging from the abdomen in front of scrotum. It can expand up to a length of 15-18 cm in a normal adult man. The tip of penis called glans penis is highly sensitive and slightly swollen. The glans is covered by a loose skin called prepuce. In the erectile tissue of penis are present a large number of blood sinuses.

On sexual stimulation a large amount of blood rushes into these sinuses through arteries. It causes e expansion of these sinuses and compressing the veins. Hence, the blood cannot drain out of penis. This results in the enlargement of penis and making it rigid. This condition is called erection. During sexual intercourse the erected penis is inserted into the vagina. The penis releases semen into the vagina by a process called ejaculation.

The sperms are highly specialized cells. They are produced in the seminiferous tubules of testes by spermatogenesis. the the process called Each sperm is a microscopic elongated and motile cell. Human sperm consists of the following four parts :

(a) Head : It is enlarged end of the sperm. At the top of head is present a small granule like structure called acrosome.

(b) Neck : It is very small. It is present between the head and middle piece. It contains two centrioles.

(c) Middle piece : It is present below the neck. It contains a spiral sheath of mitochondria. These mitochondria provide energy for the beating of the tail.

(d) Tail : It is the large whip-like structure. It is many times longer than the head. By the beating of tail the sperm is able to reach upto the ovum for fertilization.

Female reproductive system also consists of (A) Essential organs and (B) Accessory organs.

Ovaries are essential organs. They produce ova and sex hormones- progesterone, estrogen and relaxin. These are a pair of almond shaped and sized structures, one on either side of the median line. Each ovary is attached with the back wall with the help of a double fold of peritoneum called mesovarium and with the uterus by an ovarian ligament.

The two ovaries produce eggs in alternate cycles. During the sexual life of female about 400 follicles become mature. The mature follicle rises to the surface of the ovary and ruptures causing the release of 0ocyte.

This extrusion of oocyte surrounded by a mass of granulosa cells is known as ovulation. After ovulation the remaining cells of follicle change into corpus luteum. It acts as an endocrine gland producing a large amount of progesterone. Progesterone prepares the uterus for receiving the developing embryo. Prior to ovulation it secretes oestrogen.

These are a pair of narrow but muscular and long ducts. Each oviduct is about 10 cm in length. These are lined internally by glandular and ciliated epithelium which facilitates the passage of ova through them. In their walls are present unstriped muscle fibres which show peristaltic movements.

Each oviduct has a funnel shaped opening called oviducal funnel. The cilia lining this funnel help to pick up and push the released ovum (egg) into the oviduct from where it is pushed down to the uterus by waves of muscular contractions (peristalsis) of the wall of oviduct.

Uterus is a hollow, thick-walled, pear- shaped muscular organ. It is about 7 cm in length, 5 cm in width and having walls about 2.5 cm in thickness. It is present in the pelvic eavity between the urinary bladder and rectum. t is differentiated into 3 parts:

(a) Fundus : It is the superior dome shaped expanded part above the opening of fallopian tubes.
(b) Body or Isthmus : It is the middle slightly constricted portion.
(c) Cervix or neck : It is the lower, narrow cylindrical part that projects into the vagina.

The embryo grows and develops in the uterus until the time of delivery. The uterus is lined internally by a mucous membrane called endometrium. The uterus is very richly supplied with blood. At puberty, the uterus goes through the menstrual cycle.

It is a 7-8 cm long tubular organ, situated between the rectum and urethra. It extends upward and backward from its external orifice to the cervix. It receives male penis during copulation. It also serves as the lower part of the birth canal. The opening of vagina in young females is particularly closed by a thin membrane called hymen (virgin knot). It frequently gets ruptured in childhood due to strenuous physical exercise or some disease.

Vulva or female external genitalia is the region between two thighs of a woman. It is bounded by two large fatty folds of skin called labia majora which contain numerous glands. Inner to these folds are present smaller folds called labia minora. In-between the two folds of labia minora is present a depression called vestibule.