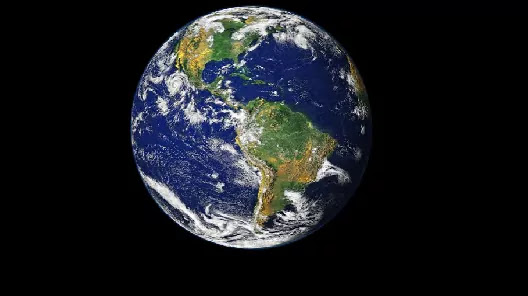 To know the most of the reasons which tells us why is the earth called a unique planet in the solar system, keep reading this article till the end.
So lets get started…
It is situated at a distance of about 150 million kilometres from the sun. The orbit of the earth around the sun lies between those of Venus and Mars.

Why is the Earth called a unique planet ?

According to Wikipedia, Earth is the only planet in the Solar System that has a large amount of liquid water. About 74% of the surface of Earth is covered by liquid or frozen water.
Because of this, people sometimes call it the blue planet. Because of its water, Earth is home to millions of species of plants and animals. The earth is one of the eight planets revolving around the sun.
Now, Let’s discuss why is the earth called a unique planet in short or we can say three reasons why earth is unique. They are as follow :-
Lets discuss the factors that makes the Earth a unique planet in briefly.

SHAPE OF THE EARTH

In the olden days it was believed that the earth is flat. Due to this belief the sailors were afraid of travelling to far-off places thinking that they would slip into the bottomless ocean from the edge of the earth.
The belief about the flat shape of the earth was changed through the work of ancient scholars like Pythagoras, Aristotle, Ptolemy, Aryabhatta and Copernicus.
Pythagoras is believed to have been the first to hypothesize that the shape of the earth is spherical.
With the assumption of its spherical shape, Eratosthenes calculated the correct circumference of the earth.
Aristotle and Ptolemy also accepted the spherical shape of the earth. However, Ptolemy believed that the earth was the centre of the universe and all the other heavenly objects, orbit around it.
This view of Ptolemy is called the geocentric theory (geo means earth). Copernicus, a Polish astronomer, in 1543 published his famous book “On the Revolution of the Heavenly Bodies” wherein he stated that the earth is round and rotates on its axis and revolves around the sun.
He thus gave the theory that the sun is the centre of the solar system. This view of Copernicus is called heliocentric theory ( helio means Sun).
He stated that days and nights are caused by the rotation of the earth around the sun and not the other round as was believed by early scholars.
Aryabhatta who lived many years before Copernicus had also stated that the earth has a spherical shape. Columbus, an Italian sailor, was the first person to accept the idea of earth’s spherical shape.
He suggested that one can reach the east by sailing west from Europe. He was proved correct when Portuguese navigator Magellan’s ship sailed back safely to Europe after crossing the Atlantic, Pacific and Indian oceans, thus circling the entire earth.
The theory of spherical shape of the earth was thus proved beyond any doubt. Although the shape of the earth is called spherical, the earth is not a perfect sphere.
Its equatorial diameter is slightly longer than the polar diameter. The difference between the length of its polar and equatorial radii is about 21.5 km.
This is due to a slight bulge on the equator and slight flattening at its poles. Due to this the earth is called an oblate sphere or a spheroid.
The slight bulge on the Equator of the earth is perhaps a result of rotation of earth at a tremendous speed.

SIZE OF THE EARTH

The earth is one of the smaller planets in the solar system. Jupiter, the largest among the planets has a diameter more than 11 times larger than that of the earth.
In terms of size, the earth is the fifth largest among the planets. The planets larger than earth are Jupiter, Saturn, and Uranus.
The first attempt to measure the size of the earth was made by Eratosthenes in third century B.C. He calculated the size of the earth by comparing the angle of sun’s rays at Syene in Aswan and at Alexandria in Egypt.
This distance, however, close to the real figure was not accurate and the modern scientists have made these calculations very precisely with sophisticated instruments (24860 miles).

Some other reasons why is the earth called a unique planet

The earth is called a living planet. It is the only planet in the solar system with life on it. Life here makes earth the most beautiful planet in the solar system.
The earth enjoys a number of advantages over the other planets like right temperature, presence of water and atmosphere because of which life has evolved here.
The most important factors making life possible on earth are

(i) Right distance from the sun 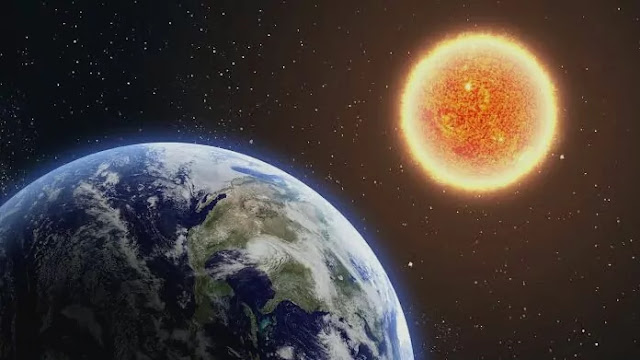 Nor does it suffer from an extremely low temperature as do the distant planets such as Jupiter and Saturn. The average temperature of the earth on its sunlight side is about 17°C.
In contrast the day temperatures at Mercury are as high as 400°C. Such high temperatures are enough to melt most of the metals. Mars, which is not very close to also suffers from extreme temperatures ranging between 20°C and -140°C.
An increased distance from the sun keeps the outer planets sun too cold. The temperature at Jupiter, even though it generates heat, never rises above -150°C even at day.
Even a minor variation in the distance of the earth from the sun would have made earth either too cold or too hot a planet thus precluding life here.
Had the earth been closer to the sun, the temperature here would have been too high. All water from the earth’s surface would have evaporated and life would not have been possible.
On the other hand, a greater distance of earth from the sun would have made it too cold for life. 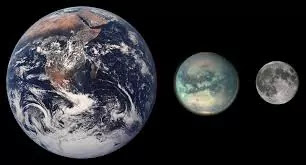 All organisms need it for respiration. Nitrogen helps in keeping the atmosphere cool and it is also one of the most important nutrients needed by plants.
Carbon dioxide is also necessary for plant life on the earth. Presence of all these elements in the earth’s atmosphere has made evolution of life possible here. It is also an answer of the question that why is the earth called a unique planet.
The atmosphere also acts as a protective layer around the earth keeping temperature variations between day and night within a tolerable range.
It also absorbs the harmful ultraviolet radiation coming from the sun. The atmosphere of the earth absorbs the terrestrial radiation emitted by the earth during the day and thus keeps the earth warm during night.

Lastly, but not the least, earth is a terrestrial planet, i.e., it has a solid crust. Weathering of the rocks forming the surface of the earth provides soil layer which is essential for supporting plant life.
Soil provides not only anchorage to plants but also various nutrients necessary for their growth. Plants in turn support all forms of animal life directly or indirectly.
The layer of rocks on the surface of the earth is called the lithosphere.
The lithosphere is the source of all minerals. The minerals are very important for supporting the modern human civilization. It has been seen that life on earth is sustained by the peculiar environmental conditions found here.
The physical environment of the earth is made up of three important realms – the atmosphere, hydrosphere and lithosphere. However, none of these three realms can sustain life in isolation.
It is the combination and interaction of these three realms that makes life possible on earth. These three realms meet in a narrow zone called biosphere.
All life on earth is confined to biosphere where all physical requirements of life, i.e., minerals, air and water are available. Biosphere makes earth a unique planet in the solar system.
All living beings on the earth need energy to live. The most important continuous source of energy in the biosphere is the sun. The sun radiates energy in all directions in the form of light and heat rays.
It clears us that why is the earth called a unique planet.
The source of this energy is the thermonuclear reactions taking place in the sun. However, of the total energy radiated from the sun, the earth receives less than two billionth part of the total.
On an average the earth receives about 2g calorie of energy per sq. cm per minute. This amount is equivalent to about 500 million tonnes of coal.
The plants take the energy of the sun to synthesize food through photosynthesis. Photosynthetic plants can thus meet their energy requirements themselves. Therefore, they are called primary producers or autotrophs.
Most of the animals, on the other hand, have to depend upon either plants or other animals for their energy supply. They are, therefore, called consumers or heterotrophs.
The animals which consume plant material to meet their energy requirements are called primary consumers or herbivores. The animals consuming herbivorous animals to obtain energy are called consumers secondary carnivores.
In the biosphere, energy is transferred from one organism to the other in the form or of food. All organisms in the biosphere are linked together through food chains. Food chains are thus a means of energy flow in the biosphere.
Through these linkages the energy synthesized by plants is passed on to the herbivores which in turn, they pass it on to the carnivores. Upon their death carnivores become food for decomposers.
This flow of energy is the basis of maintenance of life in the biosphere. Biosphere is often divided into smaller units called ecosystems.
An ecosystem is a functioning system comprising of the physical environment and the organisms in which food chains and energy flows produce a typical pattern of life. Tropical rain forest or Savanna grasslands are examples of typical ecosystems.

Conclusion of Earth as a Unique Planet